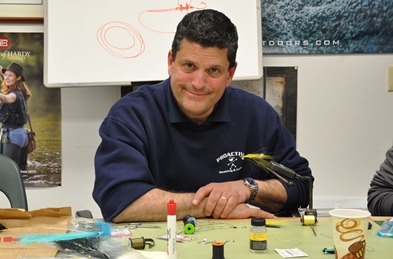 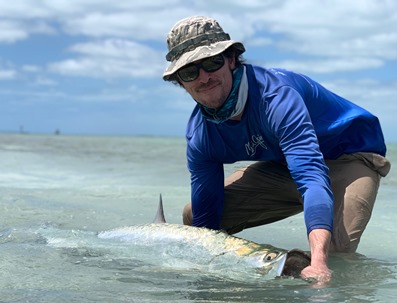 I am a local striper guide, Eldredge Bros shop employee and total fishing bum.  I've fly fished my whole life but didn't get serious about tying until my twenties, its been an obsession ever since.  I love getting shutdown by fish, and then trying to develop/tweak patterns to trick them next time.  I'm best known for my Crab Pot fly and my adventures targeting big stripers on the fly from shore. Beyond stripers, my love of fly fishing includes tiny little wild Brook Trout, Steelhead, landlocked Salmon, Tarpon, Bluefish, False Albacore, and even monster Bluefin Tuna!  I've been accused of being an overly "salty dude" and I definitely can not be trusted during Tuna season. 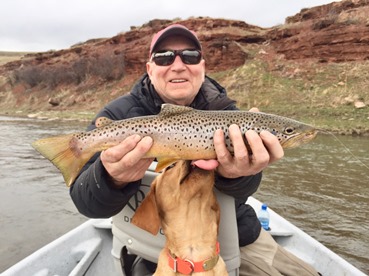 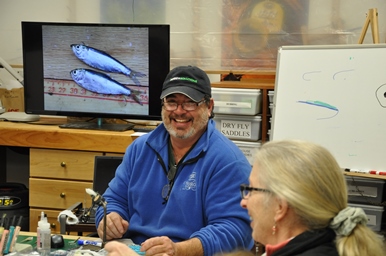 Scott is one of those rare people who can find intimate detail in things many people would consider mundane. He has applied that ability to his inspection of all the fish foods he can get his hands on. His photograph database of these fish foods goes back more than twenty years and could fill volumes and I'm hopeful they someday will. Scott was a friend to the late Jack Gartside and shared many fishing adventures with him. Under Jack's tutelage Scott learned many of the intricacies of making flies to imitate all types of fish food and like Jack, Scott is very innovative in his fly designs and in his use of common materials. With his ability as an artist he brought all of these influences together to create some of the most deadly fly patterns, most of which he's kept secret for years.  I knew Scott for ten years before he showed me one pattern...just one.  It was a jaw dropping moment. 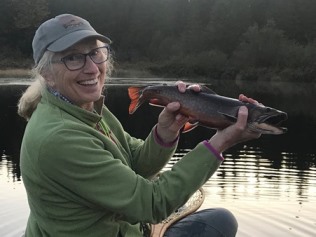 I am a self-confessed, fly fishing addict with an equal obsession for aquatic insects and fly tying. I am happiest when I am on or in the water although I continue to obsess about fishing when I am not!  I’ve been fly fishing since I was a teenager but it became a true passion just over 10 years ago when I took a desk job in the city and consequently weekends became even more precious. About the same time, three girlfriends and I formed a ‘secret club’ called the “CTT” (Chicks That Tie) and have tied literally hundreds of flies together at workshops and on our own. Besides the CTT, Rod McGarry, Macauley Lord and Jim Bernstein have been my mentors over the last decade. I trained to become a registered Maine guide and FFF Certified Casting Instructor in order to share the passion with others. I volunteer for Casting for Recovery retreats each year and am a founder member of Sebago Trout Unlimited’s Maine Women Flyfishers Group. My favorite side hobby after fly fishing is exploring new places to fly fish, and more recently I’ve fished in Oregon, Wyoming, downtown Miami, a remote island in Belize, and several rivers on the Gaspe Peninsula. In spite of what others might tell you, I really do hold down a nine-to-five job (although sometimes my co-workers forget my name!) 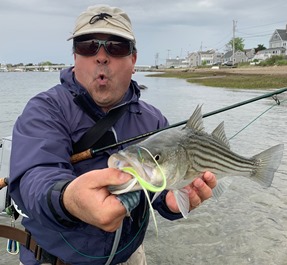 Fly Tying is not just a hobby for this man it is a passion. Joe Cordeiro has been tying flies for over 25 years. The past 10 years focusing on teaching, presenting at shows and marketing salt water flies. Joe has been fishing his entire life growing up near Cape Cod. Fly-fishing has been his main focus for many years. His salt-water fly patterns have been tested in waters for their imitation to the bait they mimic. Many of his patterns are lifelike imitations. The materials used are natural and add to the authenticity of the product. Joe’s style and tying technique have caught the attention and admiration of many seasoned fly tiers and his passion for the art is evident. 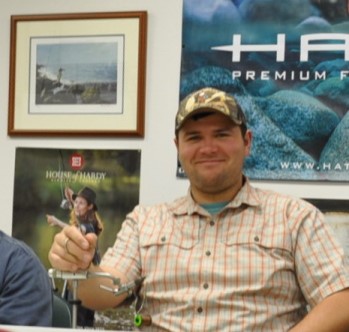 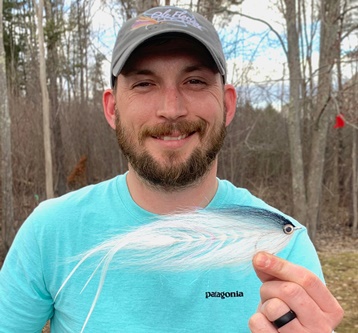 My total obsession with fly fishing started at the young age of 10. It was a natural progression for me and it was a sport that required very little money to do. My father taught me the basics with an old fiberglass 7wt and a box of bass bugs.

I grew up in Brasil where my family helped start/run a ranch for abused and abandoned street children (New Horizons Youth Ranch). It was at this point that I started tying flies to imitate berries to fool our local population of Pacu and scavenging our farm for feathers and hair to spin up. It was quite the childhood exploring tropical waters in search of fish that now I see in fly fishing magazines.

I moved to Maine in 2003, and was turned onto the amazing wild brook trout and llsalmon fishery Maine is known for. While attending UMaine my obsession intensified and became more of a way of life. Once I graduated I moved to SoMaine and discovered stripers on the fly. It wasn’t long after that I became enthralled in this species and I turned my efforts towards better understanding what makes them tick. I consider myself a lifelong learner which is why fly fishing and fly tying continue to push me to be the best fisherman I can be. I enjoy trying to tweak existing striper patterns and innovate new ones to better elicit a strike.

I began guiding part-time for trout in the Rangeley area and stripers in SoMaine in 2014. I love sharing my passion for salmonids, stripers and conservation; all while meeting great people from all walks of life. I spend most of my time on the flats fishing both in Maine for cruising stripers and any chance I can get to pursue tarpon in the Keys. I also am a spey junkie both for trout, steelhead and in the right situation stripers. 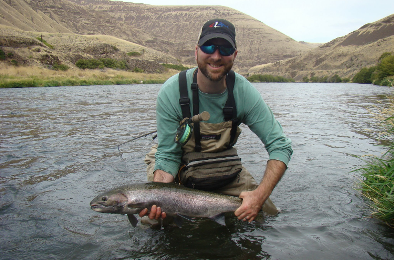 Fly fishing has been a passion of mine for more than thirty years. At the age of six I landed my first brook trout at Grand Lake Stream on a large grasshopper pattern my father bought me at Grampy’s Gun and Bow. My fly rod was an 8’ 5wt Martin purchased as a package from Woolworths General Store. My two older brothers and I enjoyed catching trout all over New England with those Martin glass rods for many years thanks to a dad that always made time to take his boys fishing. Since then, my passion for fly fishing, and fly tying has taken me all over the country and beyond chasing many different trout species. I’ve had the opportunity to manage two different fly shops, guide full time for trout and striped bass, as well as teaching hundreds of fly tying classes over the years. It was 1998 when I read an article in Fly Fisherman Magazine titled “Steelhead Alley.” My first trip to the Great Lakes was that fall to the Cattaraugus Creek. I spent roughly ten years walking up and down every river I could find within driving distance chasing steelhead. I tried all fly fishing tactics however it wasn’t long before I fell in love with swinging flies with spey rods. For the past decade I have spent countless hours chasing steelhead on the Deschutes, Clackamas, Sandy, and Upper Hoe River in Oregon and Washington as well as my favorite NY tributaries. I look forward to teaching you a couple of my most productive steelhead flies. The two patterns I picked are my go to patterns out west as well as in NY. 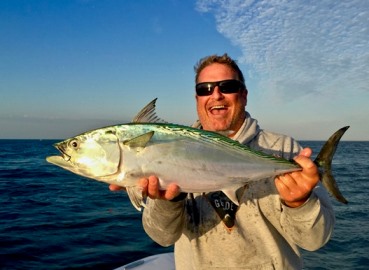 Maine Guide and US Coastguard Captain Peter Fallon. Peter grew up fishing saltwater around Cape Cod and started running charterboats in 1986, but didn’t begin fly fishing in earnest until college, where he scared a lot of West Branch salmon with some really ugly flies. He returned to his guiding roots in 2004, starting Gillies & Fallon Guide Service in Phippsburg, ME where he focuses on chasing shallow-water striped bass in and around the Kennebec River. A passion for chasing bluefin tuna morphed into an albie obsession and Peter moves his guiding base to Falmouth, MA, for September and October, focusing solely on false albacore. They can eat flies well...and then become highly selective. In his class Peter will share some of the patterns that he relies upon for false albacore around Cape Cod. 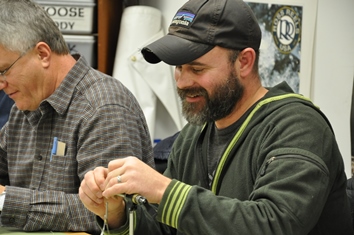 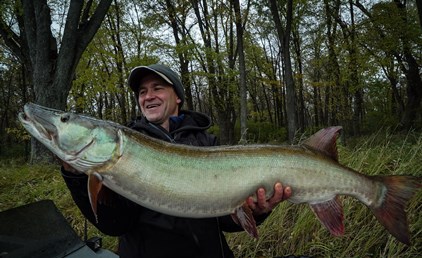 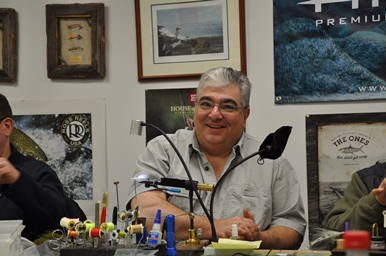 Joe Calcavecchia is a production tier, a saltwater master fly tier, and the creator of many well-renowned fly patterns such as the Striper Dragon, Mojo Squid, and the Bonita Bear. He has been tying commercially for the past twenty-five years for fly shops in the New England region. He is also a fly designer for Spirit River and on the Regal Vise Pro Staff. He is a master teacher in fly tying and instructs students with a jovial manner that is always infectious to everyone in attendance. Joe takes part in many fishing expos where he is able to talk and engage with visitors and showcase his style of tying. Ask him to tie a Clouser on the Regal Revolution and watch the vice smoke! 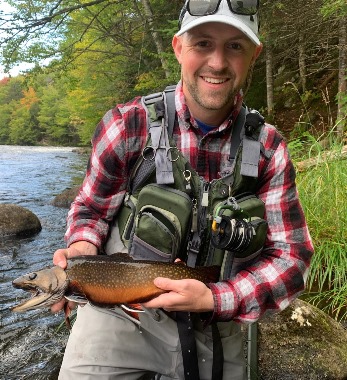 Fly fishing has been my life for the past 14 years.  I started tying not long after I started fishing because there is something about the satisfaction of catching a fish on the fly that you tied.  I have been a Maine fly fishing guide for 5 years.  My profession is teaching middle schoolers, so putting together my craft and my passion has been an incredible journey!  My love of hunting has carried over to fly fishing.  They really go hand in hand, and the satisfaction you get from stalking your fish and putting him in the net is unparalleled.